Andrew Winterton, 52, was sent to jail at Northampton Crown Court sentencing on 30 June, for his role in charge of the Collyweston site in Northamptonshire where the incident happened.

Winterton's firm Conquest Homes, which was developing the site, was also ordered to pay £85,000 for safety offences.

Dean Wortley, 47, the man who dug the trench that killed worker Shane Wilkinson, 33, of Victory Gardens, Crowlands, in Peterborough, was also sentenced to 12 months in prison for health and safety offences.

Northampton Crown Court heard at sentencing how father of five, Shane Wilkinson (pictured below) had been working as a grounds worker at the Collyweston site on the day of the incident, 4 September 2014. 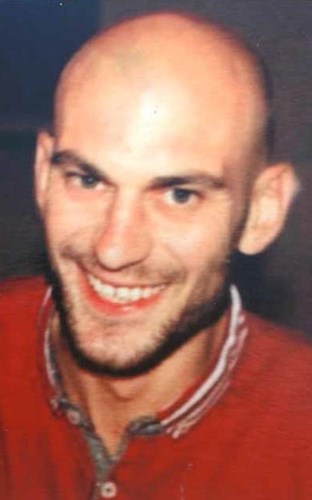 Just two days since he had started the work, he had been standing near the edge of a deep trench when an unsecured trench wall collapsed.

Colleagues came to his aid but he was completely buried underneath the rubble. He was pronounced dead at the scene after his body was recovered.

It emerged during the joint investigation with the Crown Prosecution Service, HSE and the Northampton police that Shane had told friends of at least two previous collapses in the same trench. However, nothing had been done to protect those working near it.

Fiona Morrison, specialist prosecutor with the CPS, said: "Throughout their trial, Wortley and Winterton tried to pass the blame for this incident on to others, but the evidence put forward by the prosecution showed the jury the fault was theirs.

"Winterton supervised a building site which was badly run, with poorly-trained workers and he had scant regard for health and safety. Wortley excavated a trench without any professional safety measures. It should have been obvious to both of them that it was highly dangerous.

"The construction industry should be in no doubt that health and safety failures of this magnitude are extremely serious criminal offences, for which managers can be held personally liable."

Senior investigating officer, detective superintendent Steve Woliter from Northamptonshire Police said Shane had taken the job to pay for his children’s school shoes in early September: “Shane Wilkinson’s death was an avoidable and terrible loss of life due to the gross negligence of Winterton and the dangerous environment created by both him and Wortley.

“Shane’s death could easily have been avoided if Winterton and Wortley had shown any regard for basic safety measures on the site.

“No sentence imposed will ever turn back time for Shane or his family, however I do hope this sentence sends out a clear message to others that adequate safeguards must be put in place to prevent people from harm.

“This is the first case of gross negligence manslaughter to have been successfully tried in Northamptonshire so my extended thanks go to the tenacity of the overall prosecution team since 2014”.

Conquest Homes was fined £55,000 plus £30,000 costs for failures to ensure the health and safety of its employees and other workers on the site and failures to take all practicable steps to prevent danger.

Andrew Winterton, was sentenced to four years in jail - two in custody and two on licence. He was also ordered to pay costs of £90,500.

Wortley, aged 48, of Market Deeping, Lincolnshire, who traded as Clearview Demolition, was convicted of a failure as a self-employed person to discharge his duty to ensure the health and safety of persons not in his employment, contrary to section 33(1a) of the Health and Safety at Work Act 1974.

He was also found guilty of failing to take all practicable steps to prevent danger, contrary to Regulation 31 of the Construction (Design and Management) Regulations 2007.

He was given a 12 month sentence and will spend six months in custody and six months on licence. He was ordered to pay £20,000 towards costs.

UK's HSE launches lungs-focused programme of inspections for May

UK's HSE launches lungs-focused programme of inspections for May

HSE is launching a programme of inspections focused on lung health this month.

A coalition of concerned parents, students and unions have written to education secretary, Gavin Williamson urging him to extend mask use in schools.

The government has made moves towards making Covid-19 vaccinations for care workers mandatory with the launch of a consultation.