Much of the unfinished business of public health passes through, or emanates from, the workplace.

Workers bear risks of acute fatal injury and of premature death from chronic toxicant exposures that are hundreds or thousands of times higher than society accepts in the general environment or from consumer products.

The explanation that workers’ risks are compensated for by higher wages assumes rights to know and rights to bargain that often do not exist. Occupational disease (including cancer, chronic obstructive pulmonary disease, and other diseases whose incidence is primarily or partly attributed to work) is now the ninth leading cause of death in the United States, with more than 95,000 annual deaths estimated in the United States alone.

But unsafe and unhealthful workplaces also affect millions of citizens who don’t work, and affect workers when they come home from their jobs to their communities. For example: (1) dangerous construction sites imperil bystanders and occupants; (2) parts per thousand concentrations inside workplaces beget parts per million of the same substances in nearby neighbourhoods, because these ‘fugitive’ emissions are not usually assessed when the Environmental Protection Agency (EPA) grants permits; (3) workers can bring toxic substances home to their families on their clothes and persons; and (4) health care workers face growing risks of both injury and illness, which proceed to affect anyone who would have benefited directly or indirectly from their care.

In light of the magnitude of the harms, it is particularly disappointing that the Occupational Safety and Health Administration (OSHA) has for its entire 47 years been understaffed, underfunded, and lacking authority to impose meaningful penalties for non-compliance with basic precautions. Just for purposes of comparison:

(1) OSHA’s budget of roughly $550 million is about one 15th that of the EPA ($8.1 billion); (2) in nearly all circumstances, the maximum total penalty for a deadly occupational health or safety violation is roughly $10,000, whereas noncompliance with rules governing hazardous waste disposal can result in penalties of more than $70,000 per day of violation, and someone who harasses a wild burro on federal land faces a year’s imprisonment; (3) OSHA has about 2,000 inspectors to cover 8 million workplaces, compared with about 7,500 USDA (US Department of Agriculture) meat and poultry inspectors for only 6,400 facilities, or compared with about 21,000 agents patrolling the US borders; and (4) 40 years ago, when there were 60 million fewer US citizens in the workforce, OSHA had nearly 70 per cent more inspectors than it has today.

The slow progress OSHA has made, especially in the area of occupational disease, is only partly attributable to external opposition; there are many ways in which OSHA is not yet a ‘best in class’ regulator, particularly in its relative inattention to collecting and interpreting data on the effectiveness of its programmes.

But in the past year, the Trump administration’s determination to undermine worker health and safety has spawned an unprecedented set of policies that will harm the economy and public health. Some of these actions, such as the very recent loss of roughly 40 of OSHA’s remaining inspectors with no replacement hiring in sight, are aimed directly at worker protection, while others are part of a broader assault on regulation, on ‘those wise restraints that make us free’.

Among the rules promulgated late in the prior administration that were promptly struck down by Congress and the President early in 2017 were the ‘Volks Rule’ (requiring employers to maintain injury logs, giving OSHA the ability to cite for falsified logs over the previous 5.5 years, not just six months), and the Fair Pay and Safe Workplaces rule (requiring contractors bidding on certain federal projects merely to disclose their safety histories).

Among the few new rulemaking actions OSHA is pursuing vigorously, it has proposed to exempt the shipyard and construction sectors from key provisions of the beryllium rule OSHA began work on in 1975 and just completed in 2016. This would be a deregulatory ‘job-killer’.

The coal industry has pushed hard for this exemption, so that coal slag can continue to be used as an abrasive blasting agent in these sectors; meanwhile, companies who recycle glass bottles into abrasive pellets (containing no beryllium) estimate that they could create nearly 1,000 new jobs while recycling nearly 30 per cent of all the glass that goes into landfills in the United States, if the more dangerous legacy material was regulated.

And yet, the party in power seemingly has no difficulty using worker protection as a stalking horse for unrelated measures; the pending bill (H.R. 367) to allow gun owners to purchase silencers (despite the objections of various associations of police chiefs and officers) is entitled The Hearing Protection Act.

More broadly, the signature regulatory policy of 2017 is Trump’s Executive Order 13771, requiring that each new federal regulation be accompanied by the rescinding of two other existing rules. After 30 years of prior Executive Orders requiring agencies to craft rules such that the benefits of each rule outweigh its costs, this new policy is analogous to a CEO telling production staff to “make a profit on every unit we sell, but be sure to sell fewer and fewer units every year.”

So regardless of how sincere or how effective the new administration will be in creating or ‘bringing back’ American jobs for the voters who provided the winning margins in the key battleground states, it seems that promising a job is the new ‘mission accomplished’, regardless of how perilous that job is or might become, and regardless of how many jobs might be lost or never created elsewhere in the economy.

It is especially distressing to see some of the United States’ historically safest companies cheerleading for this agenda; at the President’s side when he signed the Executive Order was the CEO of Dow Chemical,  whose company has to date thrived economically while meeting or going beyond most OSHA and EPA requirements. By contrast, ‘high road’ employers know that a continuous effort to improve workplace safety and health is an ‘ethical obligation’ that generally helps their bottom line, and that the hazards themselves, not the regulations, are the ‘job killers’.

A strong OSHA does not mean an agency with the outsized powers and zeal of, say, the US Immigration and Customs Enforcement. Rather, OSHA can encourage, diffuse, evangelise and leverage, as well as penalise:

OSHA should coordinate with other agencies so that government can protect workers at the same time they require new technology to protect the general public. For example, all new passenger cars must now have backup cameras, but not so the industrial vehicles that are involved in backover fatalities at a much higher rate than for passenger cars.

Citizens should be empowered to ‘see something; say something’ when a hazard appears in plain view, given the 4,000:1 ratio of workplaces to OSHA inspectors. A cellphone snap of a swaying scaffold or an unshored trench can alert OSHA inspectors to an imminent danger before it manifests.

OSHA and EPA should coordinate their strategic priorities, and Congress should allow the agencies to inspect facilities jointly, so that regulatory compliance does not merely move pollution from the ambient to the workplace environment and back again, and so companies can implement logical solutions once and for all.

Early signs are not encouraging in this regard; while the Trump administration’s nominee to head the EPA’s air programmes was awaiting Senate confirmation, he was fighting to weaken OSHA’s new silica standard in court, where he made the remarkably unscientific statement that “people are designed to deal with dust. People are in dusty environments all the time, and it doesn’t kill them”.

Notably, a panel of judges from the DC Circuit Court of Appeals ruled unanimously in late December 2017 that OSHA had supported “with substantial evidence” its finding that silica can cause cancer at levels far below the previous occupational level.

In the late 1990s, OSHA experimented with an innovation that should be revived: encouraging industry sectors to approach OSHA with their own codes of practice and product stewardship programs, and to pledge to follow their own codes or face possible enforcement under the General Duty Clause of the OSHA Act. These ‘enforceable partnerships’ combined the best features of industry expertise and government oversight.

Safe and healthy at last

We have known since the heyday of the ancient Greco-Roman civilisations that workers can bear some increase in risk when properly informed and sensibly protected. Our abilities to harm and to protect have only grown in the millennia since, but there is no reason today for occupational risks to be needlessly high when solutions exist that are cost-effective or even cost-saving. Let’s make America a great—and a safe and healthy – place to work; not ‘again’, but at long last.

Adam M Finkel has been editorial advisor to Safety Management for several years. This article was originally published by the American Journal of Public Health, March 2018, Vol 108, no 3. 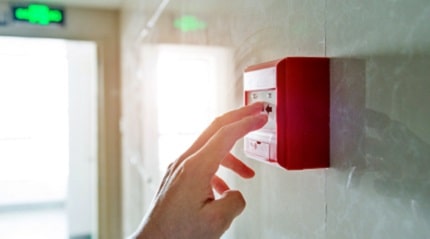 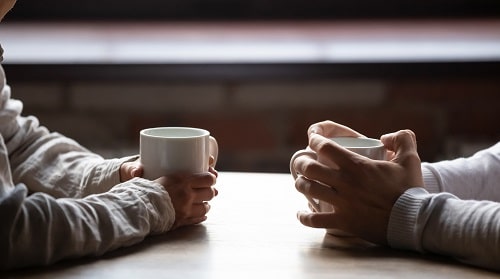