Last year’s fatalities in agriculture also included, in the North East, a farm engineer becoming entangled in machinery while his two small children stood nearby and, in Yorkshire, a 64-year-old director who was run over by the tractor he had left running as he went to shut a gate.

All workplace fatalities seem needless and preventable when circumstances are known, and are all the sadder for it. But farming fatalities are particularly heartbreaking.

Farmers who die at work – 33 people last year, nearly half of whom were over 65 – have made farming a way of life, not just a job. Farmers report the highest levels of wellbeing according to What Works centre’s 2016 study of the wellbeing of 369 occupations, but against a backdrop of low pay, harsh environmental conditions and long working hours.

Added to this is the horrifically high injury and death rate. The fatalities rate in farming is 18 times the all industries average, six times that of construction. Around 340,000 people work in the agriculture sector, accounting for around one per cent of GB’s workforce, yet it accounts for 20 per cent of worker deaths. It is one of the most dangerous jobs you can do.

But where farm safety is today, is not necessarily where it will be in the coming years, with an industry determined to see change. No better person to explain the challenges in this is Rick Brunt, head of Vulnerable Workers, Agriculture, Waste and Recycling at the HSE.

Brunt joined the regulator as an agriculture inspector in 1989, and has now come back full circle, after working across other sectors in HSE and taking up his present post in 2014. He has seen it all and explains that the situation is even worse than it could first appear.

Although farming fatalities have gone down from 55 deaths a year in the 1980s, it’s also flatlined since that time: “Since the 1980s the actual numbers of deaths have gradually decreased. But that has been matched by a decrease in workforce. If you do it as a fatal injury rate, then it has been very broadly static for 30-something years.” Fatal injury rate has been at 10 deaths per 100,000 workers since records began in 1981.

Not just the rate of death and injury but the causes have not changed much either. In the past five years (from 2013/14 to 2017/18) the top three causes of death were: being trampled by cattle, struck by a vehicle or falls from height. Going back to 2000, in HSE’s Fatal injuries in the agricultural sector 2000/01–2009/10 report, they remain similar. Being struck by a moving vehicle and falls from height were two leading causes of deaths on farms.

“What we're looking at is an industry with certain causes of death, with a fatal injury rate that's not changing and if we actually looked at each one of those fatalities, it's not a question of hindsight,” says Rick.

“You could look at them and say the world of health and safety, and we as a regulator of the industry, already know how to avoid those deaths. And the farming industry knows how to avoid the deaths too – many of the precautions and solutions have been legal requirements for decades,” he adds.

It might seem at odds to say there’s a new sense of optimism in the air for farm safety. But, as many farmers know who often rise in darkness, it’s always darkest before the dawn. HSE’s intervention strategy for the industry, published at the end of 2017, says that after ‘no clear trend’ in fatalities since the 1980s there are finally ‘some signs of improvement in the past five years’.

It has correlated with a time when more organisations and campaigning groups have sprung up. We will look at some of this activity as well as HSE’s own work in the area. We have focused on fatalities in this report because HSE starts from the basis that tackling causes of death impacts on the causes of major injuries too.

Fast rotating power take off (PTO) shafts used to transfer power from a tractor to a piece of equipment are incredibly dangerous if left unguarded. But despite it having been the law to guard them for over 60 years, it didn’t stop a Devon farmer exposing a young woman to the risk.

In March 2017, 20-year-old Lauren Scott was killed immediately when her hair and clothing became entangled in an unguarded PTO shaft at Springfield farm. The farmer there, Neil Carpenter, 45, was jailed for gross negligence manslaughter last November, but the industry has decided to do something practical to address such needless flouting of basic safety precautions.

The Growing Safer Farms initiative launched in May 2017 brought together Devon’s machinery dealerships, BAGMA (British Agricultural and Garden Machinery Association), HSE and others. A PTO guard costing £75 could have saved Lauren’s life.

The campaign focused on the issue and in 12 months, 19 dealerships and agricultural engineers repaired and replaced over 1,000 PTO shaft guards on farm machinery. Colin Tucker, chair of the Devon Federation of Young Farmers Clubs (YFC), who led the work, told us: “We didn’t want to bring in more red tape. We just wanted to change the mindset of people to say, that’s really not acceptable anymore and it’s not just changing my generation, it’s changing parents or bosses of people who you’re working for.

"It’s sometimes not easy to have that conversation to say, we need to get that sorted. It’s ‘oh no we can’t afford that,‘ but, can you afford to get injured or even worse?” The 25-year-old hopes it will prevent more deaths from PTOs: “Being a proud chairman of the county, I couldn’t bear to see another member get killed or injured.”

Recent years have seen more of a focus on younger farmers too, thanks to the work of a small independent charity called The Farm Safety Foundation. It was set up in 2014 and is funded by farming insurance provider NFU Mutual. Its audience are aged 16—40 and it runs the engaging Who Would Fill your Boots, Mind your Head (about mental health) and Farm Safety Week campaigns.

The support of FSF’s funders at NFU Mutual allows the charity to share its messages through their network of 350 offices across the UK. “We supplement that through education at young farmers’ clubs and we’re out delivering training at 41 different colleges,” says Berkeley. “We’ve got online advice there for them. We’re trying to make sure the information it is there for them, when they want it, how they want it.”

HSE has made farming a priority sector to tackle under its five-year strategy published in September 2017. Lending its weight to campaigns like the FSF and Growing Safer Farms is one of five key actions laid out in that report.

But farming is a massive and sprawling industry (around 212,000 farm holdings in the UK), and one of HSE’s main jobs is to put in a structured plan to tackle risk through targeted inspection work and communications. Although this type of work has been ongoing in past years, recent months bring new tactics from HSE, as Brunt explains for us.

First, work has been done to understand more about farmers’ attitudes towards risk and from that, to tailor messages that will resonate. Work has also been done to work out which channels to use to reach audiences.

The Farmers and Agriculture Workers Safety and Attitudes to Risk Research conducted in 2017 by Ipsos MORI for HSE was instrumental in starting this process. “It was a real representative of agriculture in Great Britain, all farm types, ages, enterprises and so on and what emerged from this was four very clear segments,” says Brunt.

The first two, planners; people who have ‘relatively safe behaviours’ and pragmatists, who ‘probably don't think consciously about what they do’ but on the whole work safely were straightforward. But the last two, the ‘conscious risk takers’ (18 per cent of the report’s 1,638 interviewees) and the ‘unclear’ (23 per cent) were more troubling. The study showed these groups have the most accidents.

It’s a crucial piece of work in helping HSE target the most at-risk groups in farming. Work has, for example, helped to question whether shock messages are the best way to get results.

“If you give [the unclear group] shock messages, it tends to make them withdraw rather than engage,” says Brunt. “And what they actually need is someone clearly telling them, ‘this is what you need to do, this is how you do it’. It’s a little bit of a move away from the sort of risk assessment approach because if you say you've got to assess the risk and decide how to deal with it, they will probably find they can't.

If you look at it and say ’that needs guarding, this needs fixing, do this, don't do that’, that’s the sort of message that they'll respond to.” HSE is at an early stage of using the findings for messaging and the safety events it runs: “It will be the backbone of our approach for the next five or six years at least.”

From SHAD to ACE

The second aspect, which is brand new for the Agriculture Unit, is to measure the impact of events it usually runs under the banner of general safety events, known as Safety Health and Awareness Days (SHADs). HSE recently changed these to Agriculture Compliance Events (ACE), which have been giving more outcome-focused health and safety training to farmers in East Anglia, West Country, Wales and Scotland.

As well as using the events to assess farmers who attend against what the IPSOS Mori study found, they will also be the basis for inspection work on farms. Brunt explains: “We will tie in our inspection focus for people that have or haven't attended the events some months later and look to see if we can find a difference.”

It’s hoped that knowledge from the training will be adopted on the farms when the inspectors come around. “We’ve made some assumptions about what will happen, let’s test those out and really evaluate the impact,” he says carefully.

Other industries will know that a can-do attitude is vital when it comes to making a difference to safety. The construction industry spreads safer behaviours through its supply chain, in farming people are literally rolling up their shirt sleeves to tackle the causes of fatalities and injury.

Whether it’s changing the mindsets of a new generation of farmers, or targeting the most vulnerable groups, it’s encouraging that the person entrusted with leading the charge hasn’t given up.

Rick Brunt, who has been involved in the industry since his first job at 16 on a farm without yet seeing much difference in deaths and injury, says: “What drives me is the belief that the industry can own it and can deal with it. Helping them do so, that we get lasting change is the real motivation to try and improve it.”

Time will tell, and hopefully, it will be for the better.

HSE: what a good farm looks like guide here
Farm Safety Foundation campaigns, Who Would Fill your Boots and Farm Safety Week here 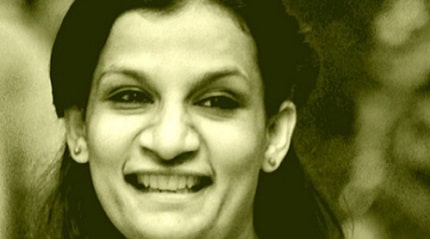 Swati Singh Sambyal, a Delhi-based waste management expert, gives her views on how India can improve its management of hazardous industrial waste. 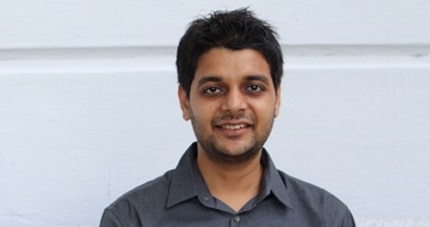 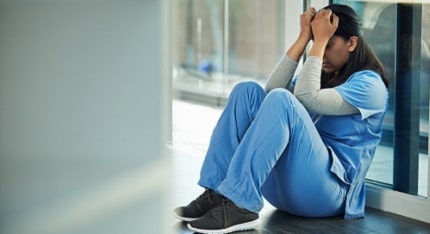 Three experts provide tips on how employers can support workers’ mental wellbeing and keep them motivated to perform to the best of their ability.