In such situations, evidence is everything and organisations found to be ill-prepared or lacking adequate records can struggle to mount an effective defence. However, as mobile technology permeates ever further into today’s workplaces – and into the world of facilities management – this could well be changing.

Although this article is about managing the risks of trips and falls on ice and snow, let’s start by thinking about something far more relatable: waiting in on a delivery. This very modern source of frustration is a classic example of how powerless we feel when we have limited information and a limited ability to act.

You know a parcel will arrive between 9am and 2pm but remain trapped indoors listening out for the doorbell and limiting your fluid intake to avoid ill-timed bathroom breaks. We’ve all been there, but maybe this universal annoyance will soon become a thing of the past; already, many delivery companies have responded to customer dissatisfaction and adapted their services to plug this information gap.

With rich tracking data available at every stage of a parcel’s journey, delivery companies have simply made this information visible to the customer and thus provided a greater sense of control and assurance. As more companies do this, customer expectations become irreversibly redefined.

Once expectations of how things can be done are shifted, it is very hard for any industry to stay the same. Just as DHL or Uber are using real- time, geographically accurate data to redefine how they relate to customers, the same has already happened in the adjacent world of IT.

When consumers took to smartphones, their expectations of what an IT application should look and feel like were transformed and even business to business software was forced to become more agile, user friendly and device independent in order to compete. This evolution is known as the ‘consumerisation of IT’ and you’ll probably see evidence of this trend every time your IT department rolls out new software.

Surely, this is all a long way from the world of outdoor facilities management and liability? Maybe not as much as you’d think...

Let’s say company X learns that a visitor on one of their sites has slipped on a footpath on an icy morning and broken a leg. As a self-employed professional, the injury will prevent them from working and earning for several months –a fact that is highlighted by the party’s lawyers in a personal liability claim.

But company X knows that the path should have been gritted the night before by their gritting contractor, whose actions should have fulfilled the duty of care to keep the site safely accessible. In this situation, the question is whether these actions were really undertaken and whether they were up to standard.

Unlike the frustration of waiting on a parcel, this scenario shows how an information poor situation can become incredibly serious in a legal context where ambiguity comes with a risk of financial and reputational damage. However, for organisations seeking to mitigate risks during winter, the solution may prove surprisingly similar to the world of couriers and minicabs. At GRITIT we have found that just as mobile technology has proved transformational in tracking the movement of goods, the same infrastructure of mobile networks and GPS has transformed our business of snow and ice clearance.

Like virtually every other industry, outdoor facilities management is becoming increasingly data driven. Thus, as well as triggering site visits according to road surface temperature forecasts, the actions we take to mitigate adverse weather can be tracked by customers in real time and used to create robust records that can be used in the event of incidents.

Just like other industries, the ability to use location data and smartphones has been at the heart of the evolution. Not only are site visits logged the moment a gritting vehicle enters a geofenced area (as defined by its GPS coordinates), but our crews’ movements and activities can be tracked via the smartphones app they use to manage and record their jobs. Furthermore, that information can be shared with customers too.

Let’s say company X had access to this system. When the question arises over how the path had been gritted, they provide the court with a ‘breadcrumb map’ that shows to the minute the amount of time spent by the gritting operative at the location where the accident happened. Similarly, they could also share the quantities of grit distributed during the visit. This example shows how better information can remove dangerous ambiguities. While the situation is hypothetical, the technology is already in place and will be used by our teams throughout this winter.

Beyond such worst-case scenarios, this level of insight can help transform business as usual. The ability to capture data in real time allows for reports to be automatically generated that can be directly accessed – day or night – by facilities managers via an online (or mobile) portal. When data is made available in a timely fashion its practical value increases; for example, by letting businesses know that their sites will be accessible the day after unexpected hard frost.

Today, this sort of application may be relatively unusual in the world of outdoor facilities management, but once expectations change it is likely this level of performance will become the default – especially in more risk averse contexts. Ultimately, different service providers will invest in technology to differing degrees and offer differing levels of transparency and accountability. Yet, unlike opting for the cheap delivery option for a parcel, when the legal consequences of getting things wrong can be severe there’s no excuse for taking a budget approach to safety.

Jason Petsch is CEO of GRITIT 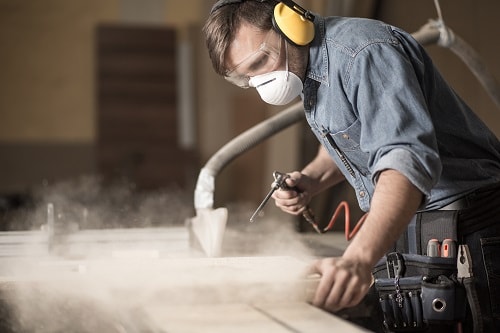 With 12,000 people thought to be dying from occupational lung disease every year in Britain, the British Occupational Hygiene Society is urging employers to adopt good exposure controls to protect workers from harmful airborne substances.

The huge growth in lone and home working driven by the pandemic means greater numbers of staff could be facing a higher risk of aggression from the public and work-related stress due to isolation from colleagues. 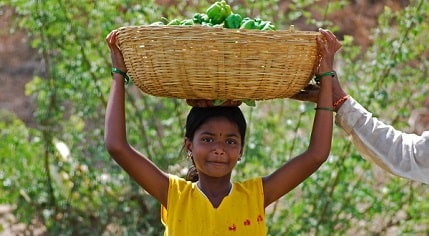 Despite the best efforts of stakeholders such as the Indian government and children’s charities, significant numbers of children are still engaged in hazardous or harmful work in India. Two experts explain how the country can work towards eradicating child labour.