The supermarket giant was sentenced at Reading Magistrates Court on 15 December having pleaded guilty to two health and safety offences.

Tesco was prosecuted following an investigation by officers from the Public Protection Service, working on behalf of Bracknell Forest Council.

The court heard how, on the day of the incident on 9 July 2017, two parents had attended the supermarket in County Lane with their two sons just before closing time. One parent went with one son to the freezer section to get ice lollies.

As the 10-year-old reached into the freezer, he was electrocuted after coming into contact with an exposed, severed live wire. The boy was screaming and crying, and as a result of the electric shock he suffered pain down his right leg, chest pain, had a small minor burn, and was shaken.

The investigation found that there had been a glass heating element under the hand/rub rail at the front of the freezer. The electrical supply to it had become damaged and exposed, leaving a severed live wire sticking out under the rub rail.

Although the damage was reported to staff, procedures were not followed and the freezer was left on and filled with food items. A review of records showed the freezer’s rail was known to be loose and had temporary fixes of glue or tape for some months prior to the incident.

Commenting on the case, Cllr John Harrison at Bracknell Forest Council, said: “This investigation which followed an incident where a child was electrocuted in the store revealed significant breaches of health and safety legislation and this is clearly reflected in the sentencing.

“The council will always follow up concerns about health and safety matters in premises where it is responsible for enforcement and if anyone has concerns they should contact our environmental health team.”

The retailer commented in a statement to the Local Democracy Reporting Service. The Tesco spokesperson said: “This incident at our store in Bracknell in July 2017 should not have happened – as we acknowledged in court, on this occasion we did not meet our high standards when it comes to health and safety.

“We immediately refreshed colleague training on our health and safety and maintenance escalation procedures at this store after the incident took place.” 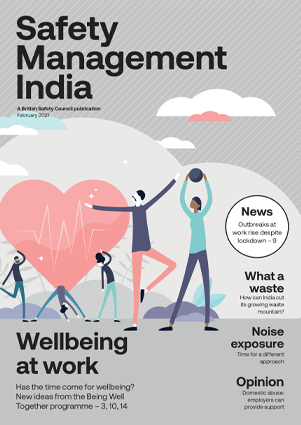 Nestlé fined £640,000 after worker dragged into After Eight machine

By Belinda Liversedge on 15 January 2021

An operative required major surgery after getting trapped in the ‘in-running nip’ of a machine which was manufacturing After Eight chocolates.