Although there have been well-intentioned calls in India to honour frontline healthcare workers during the Covid-19 pandemic, there have been growing demands for safe workplaces for healthcare professionals as doctors struggle to keep themselves safe from coronavirus as much as the patients’ families.

Unfortunately, those in frequent contact with the victims of the pandemic often become victims themselves.

As per the latest data released by the Indian Medical Association (IMA), 719 doctors have died during the second wave of the Covid-19 pandemic, with Bihar reporting the highest number of 111 doctors dying in the line of duty.

The IMA data further shows that the majority of these doctors were aged between 30 and 55 years. As many as 748 doctors died during the first wave of the pandemic.

Over the last year and a half, many concerns have been raised by healthcare workers about their safety, including the lack of personal protective equipment – such as masks and gloves – safe and hygienic quarantine facilities, mental support during these stressful times, long working hours due to staff shortages and several incidents of violence.

All these factors have renewed a national debate on the plight of the occupational safety and health of doctors across the country.

While the shortage of protective gear has been addressed, it is the incidents of violence against healthcare workers that have received the most attention, both from the public and central and state governments.

A 2019 IMA study revealed 75 per cent of the doctors in India faced violence at some point in time during their service.

Rising number of attacks
Violent incidents against healthcare workers have risen in June 2021. On 1 June, an irate mob assaulted a doctor and a nurse at a Covid-19 care centre in the Hojai district of Assam after a patient died during treatment. A widely shared video on social media showed the doctor being kicked and thrashed by relatives of the victim.

Another on-duty doctor was assaulted after a Covid patient lost his life in Pandua Rural Hospital in Hooghly, West Bengal.

A senior doctor at a government-run hospital in Kolkata said the medical fraternity is bearing the brunt of a much angrier, more frustrated and weary public who have little patience or tolerance, and “their short fuses can explode on the very doctors trying to cure them”.

He added the pandemic has created significant stress for doctors, and the effects of the violent episodes last longer than the experience itself, with most healthcare professionals reporting to have experienced insomnia, depression, anxiety and an inability to treat their patients without any fear of violence.

Another doctor from Bangalore Medical College and Research Institute said that not all assaults are physical and in most cases it is verbal. Bereaved families often use very abusive language against doctors but “we are unable to take any legal action because we are already overworked and the institution also refuses to provide any assistance”.

After the Hojai incident, the IMA Assam Chapter condemned the incident and called for all doctors in the state to “abstain from OPD (outdoor patient) services”. They also demanded that armed security be placed in all government hospitals, healthcare facilities and Covid-19 care centres, as well strict action being taken against the perpetrators in the form of fast-track trials.

The Bengal Health Department demanded immediate action after the West Bengal Doctors’ Association wrote to the secretary of the state about the assault.

Nationwide protest
The IMA organised a nationwide public protest by doctors on 18 June under the banner ‘Save the Saviours’. It demanded a central law containing sections of the Indian Penal Code (IPC) to curb the rising number of incidents of violence against healthcare workers across the country.

The national doctors’ body said it was “extremely disturbing” to see a series of violent incidents against doctors in the first two weeks of June in Assam, Bihar, West Bengal, Delhi, Uttar Pradesh, Karnataka and other places.

IMA president Dr J A Jayalal said: “Doctors serving in Covid-19 wards have been beaten and brutally assaulted in Bihar, West Bengal, Assam, Uttar Pradesh and Karnataka. It is the government’s responsibility to ensure the safety and security of frontline workers who are working in a pandemic.”

In a statement IMA said as many as 350,000 doctors participated in the ‘Save the Saviours’ protest, while following the correct Covid precautions.

The medical body demanded the implementation of the Central Hospital and Health Care Professionals Protection Act linked to sections of the Indian Penal Code (IPC) and the Code of Criminal Procedure (CrPC). It also called for standardisation and strengthening of security in all hospitals, and for hospitals to be declared as protected zones, among other measures to curb violence against healthcare staff.

Earlier in June, the IMA wrote to Prime Minister Narendra Modi seeking action to ensure the safety of medical professionals. In its letter, the medical body urged Modi “to secure smooth, cooperative and optimum milieu for modern healthcare professionals which will enable them to work with much more compassion and dedication and without any fear of mental or physical harm”.

Stigma about Covid-19 infection
Last year, medical workers were also at the receiving end of the stigma around Covid-19. There were reports of healthcare workers being subjected to violence and abuse as people worried about catching the virus from them and being stigmatised for having contracted it themselves.

In Bengaluru, medical workers were attacked in a neighbourhood as they went door-to-door checking people for Covid symptoms. Several doctors and nurses from New Delhi’s All India Institute of Medical Sciences reported suffering harassment from neighbours, forcing the hospital’s Resident Doctors’ Association to seek government intervention.

Neighbours of a doctor from Safdarjung Hospital in New Delhi tried to force her out from her apartment building, resorting to extreme steps such as disconnecting her electricity and water supply, and picking fights over trivial matters. She finally had to seek police intervention to stop the harassment.

Taking note of the matter, Union Health Minister Harsh Vardhan appealed to people to not panic and stop harassing doctors.

These incidents were reported merely days after Prime Minister Modi asked citizens to express gratitude to health professionals by clapping their hands, clanging vessels or by ringing bells.

“When you become a doctor, you know there’s a risk of contracting infections,” said Nirmalya Mohapatra, a senior doctor at Delhi’s Dr Ram Manohar Lohia Hospital and vice president of the hospital’s resident doctors’ association. “Doctors are not scared of infections, we are psychologically prepared for that as an occupational hazard. But getting beaten up… that’s not an occupational hazard we signed up for.”

Demand for new legislation on violence
While the Epidemic Diseases (Amendment) Act, 2020, amending the Epidemic Diseases Act, 1897 to make violence against healthcare workers during an epidemic a non-bailable offence with a penalty clause and jail term of up to five years, is a fair response, it does not address the issue of the occupational safety of healthcare workers in an overarching manner.

Experts say the act is not only inadequate in protecting healthcare workers from the range of occupational hazards they face, but also does not address the issue of violence structurally.

“The ordinance protects healthcare workers from incidents of violence only during an epidemic, although these incidents are a systemic problem that exist outside of the current situation,” says public health advisor Shreya Shrivastava. “It also fails to recognise that deterrence is not the solution to violence against healthcare workers, and that more structural reforms are needed.”

Also, doctors feel the law was brought in half-heartedly and state legislations have not been communicated well.

Pointing out that there is a lack of awareness among the police personnel, Dr HM Prasanna, president of Private Hospitals and Nursing Homes Association in Karnataka, said: “While booking a case, the police usually book the perpetrators under an assault case under IPC and not refer to the special state Acts enacted to protect doctors.”

In light of the recent violence against doctors, the Health Ministry has urged all States and Union Territories to ensure that prompt measures are taken for the safety and wellbeing of healthcare workers while strictly implementing the amended Epidemic Diseases Act. In his letter, Health Ministry Joint Secretary Lav Agarwal said that medical workers are the most critical resources in tackling Covid-19.

The letter, issued to Additional Chief Secretaries, Principal Secretaries and Health Secretaries of all States and UTs, said that on multiple occasions, the Health Ministry had highlighted the need to ensure the safety and security of healthcare workers in their living and working premises.

“Our endeavours to manage Covid-19 are replete with examples of commitment by our healthcare workers at all levels,” said Agarwal. “While the country at large has applauded the efforts of the health fraternity, there were examples of them being stigmatised and even violence resorted to against healthcare workers.”

Mental health crisis
Having dealt with the months-long terror of crammed intensive care units, and the fear of getting infected or attacked, the coronavirus crisis is taking its toll on healthcare workers’ mental health.

One tragic sign of the disproportionate stress on health workers emerged in May 2021, when a young resident doctor at Delhi’s Max Hospital died by suicide, reportedly due to suffering severe stress amid the deadly second wave of the Covid-19 pandemic.

“He was a very brilliant doctor from Gorakhpur (in Uttar Pradesh) and helped to save hundreds of lives during the pandemic,” former IMA president Dr Ravi Wankhedkar tweeted.
Dr Vivek Rai had been dealing with seven to eight critical Covid patients every day at the hospital for nearly a month.

“Due to this frustrating situation he was into, he took such a difficult decision of ending his own life than living with the suffering and emotions of the people who died on his watch,” Dr Wankhedkar said.

“This brings into focus the tremendous emotional strain while managing the Covid crisis. This death of a young doctor is nothing short of murder by the ‘system’ which has created frustrations with shortage of basic healthcare facilities. Bad science, bad politics and bad governance,” the former IMA president tweeted.

“External factors that are pushing some doctors over the edge largely relate to the nature of the healthcare industry and the workplace environment,” says Dr Naresh Gupta, medical consultant at Maulana Azad Medical College and Lok Nayak Hospital. “Many of today’s healthcare workers are working in environments that are a breeding ground for stress and workplace trauma.” He added that now is not the time to become complacent or to let the health of medical workers slip down the political agenda, but to ensure that the health and resilience of our medical workforce is the highest priority. 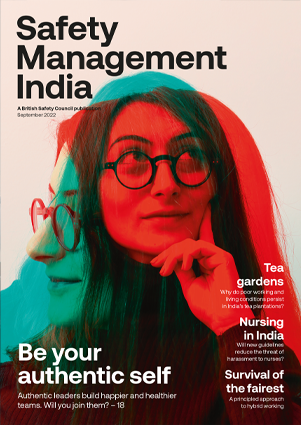 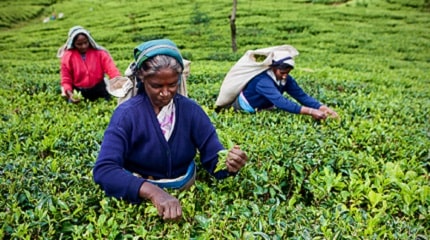 By Orchie Bandyopadhyay on 12 September 2022

Despite strict laws requiring the owners of tea plantations to ensure the health, safety and living conditions of tea workers, poor practices persist – and women are often the worst affected. 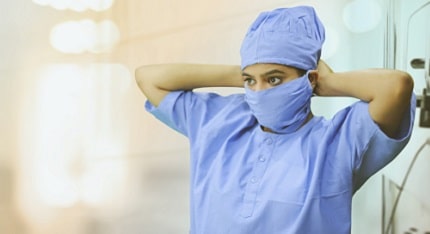 By Orchie Bandyopadhyay on 12 September 2022

Incidents of violence, harassment and bullying towards nurses in India regularly hit the headlines, but commentators hope that new draft government guidelines designed to improve working conditions in the healthcare sector could help tackle the problem. 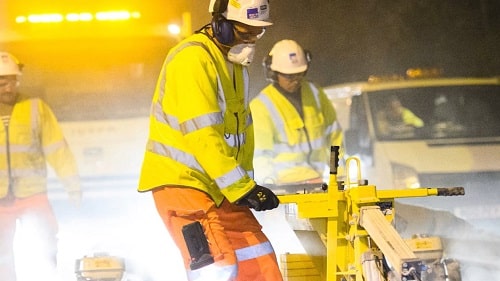 You only have two lungs

A collaborative investigation into dust exposure levels during road planing works on the M25 motorway led to dust levels being cut by half – and some vital lessons for the highways maintenance industry on preventing respiratory disease.