Unfortunately, in the biggest crisis of our age, the response of a significant minority of customers has been to take out their anger and frustrations on the retail staff who have worked throughout to keep the shelves stocked and the nation fed. They are key workers delivering essential services and deserve respect from the shopping public.

Interim results from Usdaw’s annual survey show that nine in 10 shopworkers suffered verbal abuse in the past 12 months, two-thirds were threatened and 11 per cent had been assaulted. These results were released during Usdaw’s annual Respect for Shopworkers Week in November and the final figures for 2021 will be released early in the New Year.

They show that the large increase in the level of incidents from 2020, due to issues relating to the pandemic, has continued. When once the major flashpoints for abuse were theft from shops and age restricted sales, now they are Covid safety measures, like wearing a face covering and social distancing. More recently, as was the case in the first lockdown, stock shortages have become an issue again and the fuel crisis saw 75 per cent of petrol station workers suffer abuse.

Worryingly, nearly half of respondents to our survey said that they were not confident that reporting verbal or physical attacks would make a difference, with seven per cent of those who had been assaulted not reporting the incident. Our message to our members and all workers is clear – abuse is not a part of the job – and we urge them to not suffer in silence. Report it to sort it.

Usdaw’s Freedom from Fear campaign seeks to tackle violence, threats and abuse against shopworkers. We negotiate with employers to improve safety in stores, and we have worked with the Health and Safety Executive, employers’ organisations such as the British Retail Consortium and local authorities to develop guidance on risk assessment and risk prevention. Our army of health and safety reps plays a vital role working with local managers to make sure that the preventive and protective measures put in place by their employers are working effectively in their own stores.

We work with employers on procedures to deal with and prevent incidents. Physical protection, like security measures, alarms, CCTV, protective barriers, panic buttons and, more recently, body-worn video can all help. However, employers also need to consider staffing levels, high risk times such as store opening and closing or late-night working, handling of cash and valuable goods and procedures for sales of age-restricted products.

Training for staff, so that they know how to report incidents, deal with aggressive customers, and are prepared for incidents such as shoplifting or armed robbery is important. The journey to and from work can be a risk as all too often staff tell us they were threatened with retribution outside the workplace. As the risks are continually changing, it is vital that employers do consult with their workers, listen to their concerns, and update their procedures and precautions. That is best done by working with a recognised trade union.

Usdaw runs awareness campaigns to promote the message of respect for shopworkers to the shopping public and we link in with the #ShopKind initiative, which is promoted by the Home Office, Crimestoppers, the police and retailers. Our annual Respect for Shopworkers Week sees thousands of Usdaw reps running public awareness events on high streets and at supermarket entrances, along with staff events to encourage reporting and conduct face-to-face conversations around the annual Usdaw survey.

Freedom From Fear is also a political campaign, with the current main aim of securing a protection of shopworkers law. The Scottish Parliament passed ground-breaking legislation promoted by Daniel Johnson MSP, which came into force in August this year. We are now looking for the UK government to follow suit and extend these much needed protections to the rest of the country. This measure is supported by the Home Affairs Select Committee, more than 100 major retailers, the British Retail Consortium and other leading retail industry bodies, including Usdaw.

The new offence of assaulting or abusing retail staff in Scotland was a major breakthrough for Usdaw’s campaign. It provides a simple stand-alone offence that is easily understood, not just by the police and the legal profession, but by the criminals who are assaulting, threatening and terrifying shopworkers.

The new law makes assaulting, threatening or abusing a retail worker a specific offence, stipulates a sentence of up to 12 months or a fine for committing the offence, and provides additional protection for those enforcing age-restricted sales laws. We hope it will encourage prosecutions and provide the deterrent effect that our members are desperately looking for. It is needed to send a clear message that violence against someone working to serve the public is not acceptable.

Cross-party support for extension of offence

So far, the UK government is yet to commit their support, saying they are actively considering it. Most recently, two protection of shopworkers amendments were debated in the House of Lords. One tabled by Labour shadow minister Lord Coaker and the other by Conservative backbencher and former Tesco executive Baroness Neville-Rolfe.

They both received cross-party support from Peers, but were not pushed to a vote, to give the government more time to consider the way forward. Further amendments could be tabled at the report stage of the Bill, which is likely to take place in the New Year. Usdaw believes that when retail employers, MPs and Peers from across the political divide and the shopworkers’ trade union are all jointly calling for a new law, it is time for the government to act.

There is much more that can be done beyond legislative changes, as the Home Affairs Select Committee rightly identified, including: an expansion of neighbourhood policing teams; proper recording of violence against shopworkers; police to provide local leadership in giving greater priority to retail crime; an Employers’ Charter setting out how they should support and protect staff; along with Safer Streets Fund resources to support measures on high streets and in retail settings.

It is heart-breaking to hear the very real stories from shopworkers who deserve far more respect than they receive: “Customer attempted to punch me upon asking for ID from his partner who appeared under 25”; “A customer spat in my face, in another incident a customer threw a basket of stock at me”; “Hit with trolleys, verbally abused, called names and pushed”; “Was shouted and sworn at, threatened to be beaten up and set on fire.”

This is a hugely important issue for our members and they are saying loud and clear that enough is enough. The alarm bells are ringing and it is time for the government to make a difference.

Freedom From Fear campaign at:
usdaw.org.uk/freedomfromfear 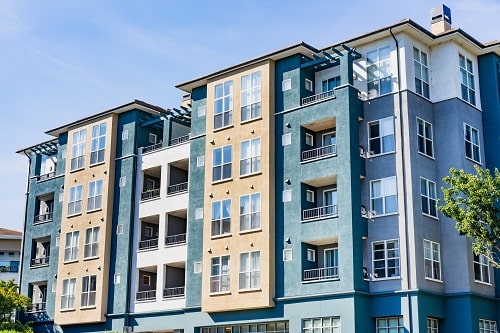 England still lagging behind on fire safety in residential blocks

June 28th was anxiously awaited by millions of leaseholders across the country. It marked the date at which the protections in the Building Safety Act came into force, past which no leaseholder (in a building above 11 metres) could be given a bill to replace the flammable cladding on their building. 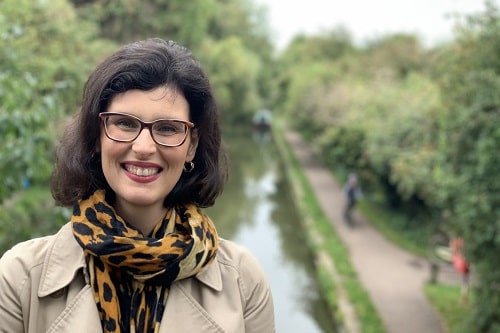 When I wrote for this publication last July, the number of people living with Long Covid had reached one million, a grim milestone. 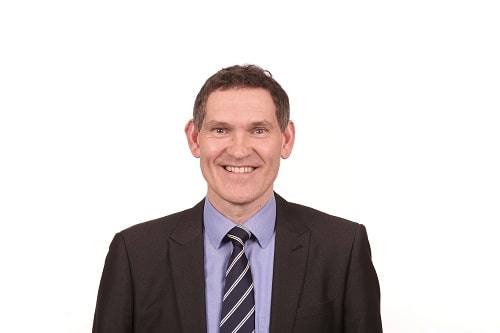 Although in recent years there has been a movement towards renewable energy, the UK continues to rely heavily on the North Sea offshore oil and gas industry to meet its energy needs. It is therefore fair to say that rumours of the demise of offshore oil and gas are greatly exaggerated.