The United Kingdom aims to achieve 15 per cent of its energy consumption from renewable sources by 2020.

The 2009 EU Renewable Directive requires the EU to fulfil at least 20% of its total energy needs with renewables by 2020 – to be achieved through national targets, being 15 per cent in the UK.

Since the directive came into effect, we have seen a significant increase in the use of solar panels in both domestic and industrial applications. But, how is the rise of solar applications changing the energy market and which countries are leading the way?
According to recent reports, Germany is leading the way when it comes to solar energy use. Not only has Germany installed thousands of solar panels already, it also plans to switch entirely to renewable energy by 2050.

In less developed parts of the world, solar energy is also proving extremely popular. Take Tanzania, for example. Although only a small percentage of the Tanzanian population has access to grid electricity, the country has recently launched a new initiative, called one million solar homes, to provide the sun’s power to one million properties by the end of 2017. 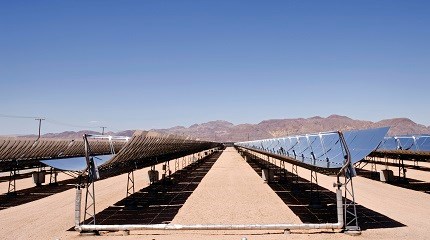 One system for large-scale solar thermal power generation is the parabolic trough technology. Thermal fluids play a vital role in this process and maintenance is paramount to ensure the efficient and safe generation of energy. Parabolic trough power plants use curved, mirrored, troughs to reflect direct sunlight onto a central glass pipe containing fluid, called the receiver, absorber or collector.

Thermal heat transfer fluid (HTF) then passes through the receiver and becomes incredibly hot. It is then used to heat water to boiling point and the steam drives a turbine generator, converting mechanical energy into electrical energy. The process converts about a third of the heat energy into electricity.

With parabolic solar thermal generation, fluids such as globaltherm omnitech, have to work for prolonged periods at up to 400 degrees Celsius. This is because it is more efficient to convert thermal energy into electricity at high temperatures. Synthetic oils are typically used in these applications, although some applications use mineral-based oils, such as globaltherm omnipure, which has superior oxidation properties for optimum performance.

The right fluid for the job

Heat transfer fluid’s thermodynamic attributes will vary according to operating conditions. At high temperatures, a thermal fluid will experience chemical degradation. The freezing point of thermal fluid must be lower than ambient conditions. Alternatively, the temperature of the thermal fluid needs to be kept above ambient temperature to stop the heat transfer fluid from freezing. For example, some products freeze at 12 degrees Celsius, which is higher than you might expect.
Thermal fluids in solar thermal applications need to have a stable chemical composition at high temperatures to reduce the effects of degradation, as well as a low viscosity. This helps reduce frictional flow and the amount of energy needed to pump the fluid through the system.

Molten fluoride, chloride, and nitrate salt, such as omnistore, can also be used as heat transfer fluids as well as for thermal storage in solar thermal power plants. The biggest problem using molten salt is its high freezing point of 120-220 degrees Celsius, which varies with the salt used. This requires innovative freeze-protection methods and means that systems using this heat transfer fluid also have higher operation and maintenance requirements and costs.
As well as carefully selecting the right type of fluid for the job, plant managers must regularly monitor the condition of the thermal fluid. Problems with heat transfer systems start when fluids are left for prolonged periods without correct supervision or maintenance.

The best way to get the most out of the fluid and the system is to test thoroughly and regularly. Regular representative fluid analysis and a proactive, preventative maintenance plan such as thermocare ensures a healthy system, while reducing time and decreasing the amount of costly thermal fluid changes needed. 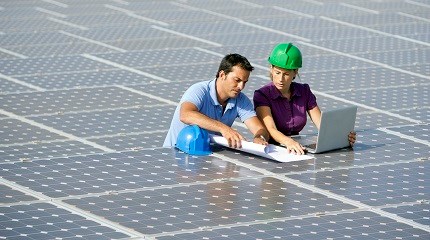 In the lab, scientists have developed solar panels that are 40 per cent more efficient, but manufacturers are yet to discover a way to turn these into economically viable products. High efficiency does not necessarily mean better, it just means panels take up less space. Unless there is an unusually small space available, efficiency should not be a critical concern.

For years, scientists have been trying to find a way of storing the energy generated through solar panels to use when the panels are unable to function, such as cloudy days or at night. However, it wasn’t until recent years that scientists realised the importance of molten salts in the storage of solar energy.

Molten salt can be used as a thermal energy storage medium in more than just heat transfer applications. Molten salts can absorb and store heat energy, which is then released into water tanks to be transferred when needed. Globaltherm omnistore MS-600 molten salt can withstand higher temperatures than other salts on the market, of up to 600 degrees Celsius, to provide long-term heat storage in solar thermal applications.

As the availability of fossil fuels decreases, it is likely the renewable energy target for 2020 will increase. By giving the correct care and attention to heat transfer fluids, plant managers can ensure that thermal power stations continue to grow as a viable source of renewable energy. Getting ahead of the game in the renewable energy sector now will prepare the industry for future cut-backs and energy price increases.

The best standing desk mats for 2019

Take a holiday from colds and 'flu this Christmas

The best standing desk mats for 2019

By Belinda Liversedge on 16 December 2019

Find the right accessory for your stand-up desk, with these standing desk mats all tried and tested over a period of weeks in our offices at Hammersmith. 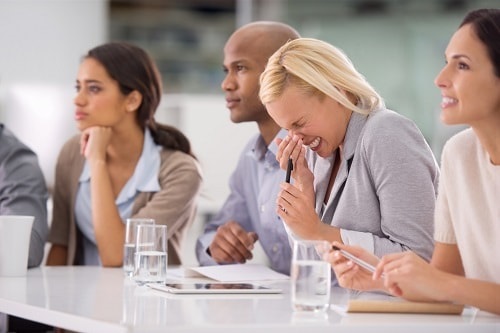 Take a holiday from colds and 'flu this Christmas

By Belinda Liversedge on 09 December 2019

Supermodel Naomi Campbell claims she has the secret to flu-free flying. Is she being a diva or can we divine some truth in her advice? 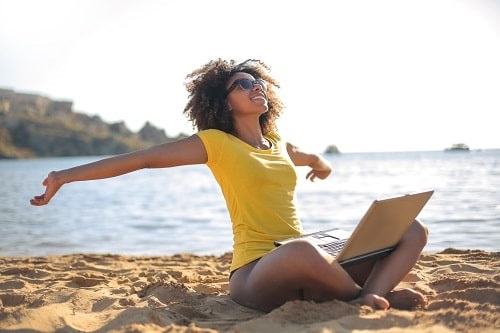 By Belinda Liversedge on 19 December 2019

International business travel can be exciting and provide fresh inspiration for the job, yet it does not come without risks.