“I don’t think the word health and safety were mentioned.” Forty-four-year-old Martin’s eyes light up nonetheless as he talks about life on the farm where he grew up and worked from a young age. Now a project manager for a firm in London, as a teenager he helped with the livestock and to bring in the harvest, which also involved him driving a tractor and trailer. “I got a lot from it – when I came to learn to drive at 17, I was a much better driver because of that experience, and passed first time with only a handful of lessons.”

Although it’s illegal for people to drive in the UK until they are 17, on farms, from the age of 13 it’s legal to drive certain vehicles. Yet, incidents are not unknown. Being struck by a moving vehicle is the leading cause of fatalities on farms. In HSE’s fatalities statistics 2018/19, two children under the age of five were fatally injured by vehicles. On 8 July this year, 15-year-old schoolgirl Iris Goldsmith died while driving a vehicle, which overturned and crushed her, on a field near her family’s Somerset farm.

To find out why incidents are happening, and what guidance there is to protect children from such tragedies, we spoke to Andrew Turner, HSE’s head of agriculture. He tells us the main reasons why children suffer injuries or death on farms and what campaigns are doing on the issue.

Falling out of a cab

HSE’s Preventing accidents to children on farms guidance says it is illegal to carry children under the age of 13 as passengers in tractor cabs. Yet, the same report has many examples of children falling out of tractor cabs and being killed.

“Whatever the industry might think, for 60 years it’s been illegal to take your child on your tractor down to the field to look at the cows,” says Andrew, referencing 1958 safety laws. “And it’s been illegal because children die – if you look at our guidance – these are all real-life examples, they die because they fall out of the cab, or because they’re dropped off, get out of the cab and the parent doesn’t realise they’ve stepped in front of the vehicle. If you’re involved in agriculture you’ll appreciate the size of some modern agricultural machinery. Imagine how easy it is to lose sight of a small child around the vehicle.”

Children are natural explorers and farms, often located right next to their home, are tempting places for adventure. There is clear guidance that children should be aware that farms are hazardous and if a child is found on the farm, people should “stop work and take them somewhere safe”. But the battle is fighting a mindset.

“When it comes to managing the risks for children, farmers don’t see the farm as a home right next to a workplace, they see it as one thing,” says Andrew. “But the home is a place where children grow up and should be able to grow up safely, whereas the farm is a workplace. If the home was next to a building site, every parent would see it as wrong to let that child wander about the construction site. But in agriculture people forget that once that child steps out of the safe area, they’ve actually walked into a workplace.”

The next danger point is around supervision. Most children under five who are killed in farm accidents are with an adult at the time. This is because it is very difficult to supervise children, especially toddlers, when doing work that requires close attention.

The Farm Safety Partnership’s child safety campaign this summer highlighted that supervision is key to safety, a message that HSE supported: “Access to the work area for children under the age of 16 for education, knowledge or experience should be planned and fully supervised by an adult not engaged in any work activity,” says Andrew.

“We’re not saying that young people should not be exposed to agriculture at all until they’re 16, but that exposure should be part of a plan…. and they should be supervised by someone who is not doing the work.”

In the driver’s seat

We’ve covered risks to very young children, but there are also risks to teenagers, which are different. From 13 to 16 years old, children are legally allowed to drive certain vehicles if steps to ensure their safety have been taken. They face issues such as lack of familiarity with risks, and lack of physical and mental maturity.

Back in London, Martin recalls an incident that illustrates the vulnerability of this age group. Aged 14 at the time, he was driving a tractor with a full load of corn in his trailer down a steep hill en route from his family farm in Wiltshire.

He says he could feel the tonnes of corn “pushing him down the hill”: “The tractor and trailer were joined by a flexible joint where you put a pin through and I could look back and see the weight of the trailer was pushing hard against the pin causing it to move around. When I got to the bottom of the hill, there was a bend. I was going a bit fast because the weight of the trailer was pushing me down faster than I should and it tipped over. A lot of the grain came out, the trailer flipped, I blocked the road. But it could have been much worse.”

Legally, Martin should not have been driving the vehicle at all. Guidance says that: properly trained, instructed and supervised children between 13 and 16 can safely use some agricultural machines for straightforward tasks. But there is a range of vehicles (including those described in the story) that they shouldn’t use.

“The law is quite black and white but what it has done is focus on the age of 13,” says Andrew. “And there are people who think under 13 my child cannot ride in or drive in a tractor but over 13, they can. What they don’t hear is the second part of the over 13 message.”

He goes on to explain the right approach must include training and assessment, proper supervision until competent  and checking the minimum age specified by manufacturers on the vehicle (often 16 on all-terrain-vehicles or ATVs). “They need to be properly supervised, they need to have the strength to be able to operate the machine and they have to be given simple tasks. So, while the law is quite clear in relation to driving, it’s caused a challenge for individual understanding of managing the risks for children on farms,” he says.

While the risks to children on farms continue to be poorly understood by farming parents and grandparents, families will be torn apart and young lives will be lost. It’s important to keep reinforcing the safety message. However, Martin’s experience shows the reality; children do contribute to farm life. But he reflects: “I should have been better supervised, instructed and given simple tasks. There should have been better risk education. When things go wrong, it’s not just that it takes time to fix things, there can be fatal consequences.” 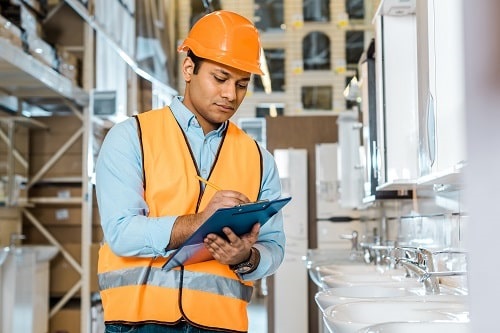 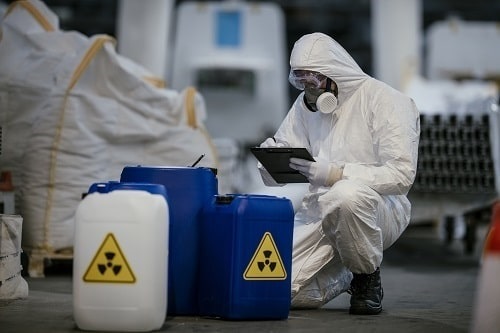 By Andrew Lawrence, Empteezy on 07 January 2020

Dangerous substances can and do put people’s safety at risk. Find out how to handle them.